Sara-Jane is a ground breaking author and educator/trainer/mentor and life coach on Gender Identity and Gender Dysphoria. She is also an inspirational figure for people going through many of life’s difficulties, because her book "Becoming Myself" also deals with her experience of having to overcome many challenges, any one of which would flatten the rest of us. According to Sara-Jane, the greatest challenge of her life (even greater than her battle with her gender identity), was being branded and raised as mentally retarded (not a joke) and leaving school and starting work at just 12 years of age.

‍
Now 61 years of age, Sara-Jane grew up in Ballyfermot in the 60s-70s, when it was simply impossible for children her age to ever be themselves.

‍
Sara-Jane was self-educated until she entered college as a mature student and graduated from the National College of Ireland in Workplace Relations at age 30. Overcoming these challenges has been monumental for Sara Jane but ultimately led to her becoming an author and speaker with a passion to help others.  She made her debut as an International Women’s Day Speaker in 2017.

Understand Sara-Jane's Journey & How She Can Help You 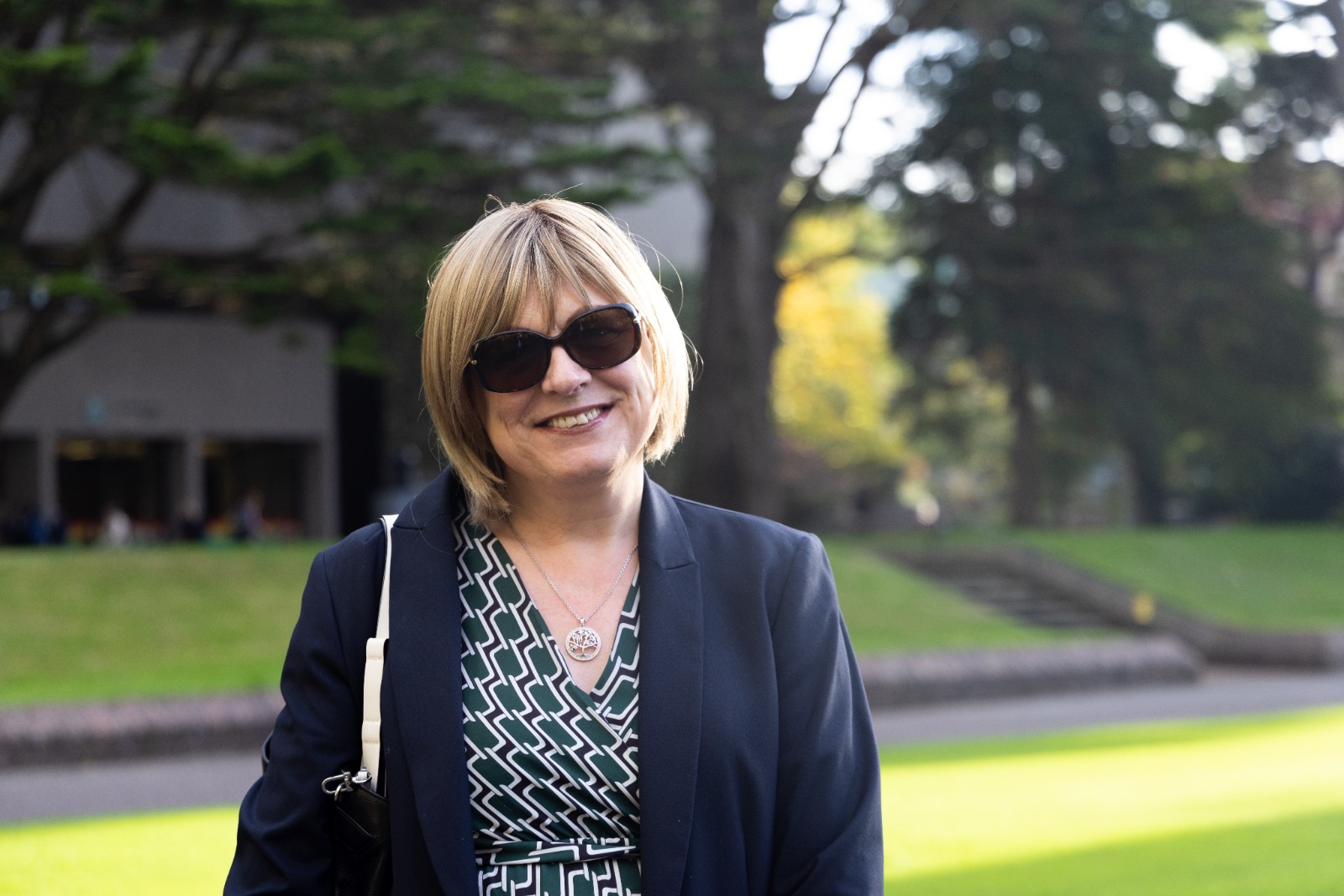 Sara Jane's own story and subsequent training as a life coach allows her to help children, teenagers, adults and their families navigate the confusing and sometimes traumatic LGBT+ journey.
‍
‍ 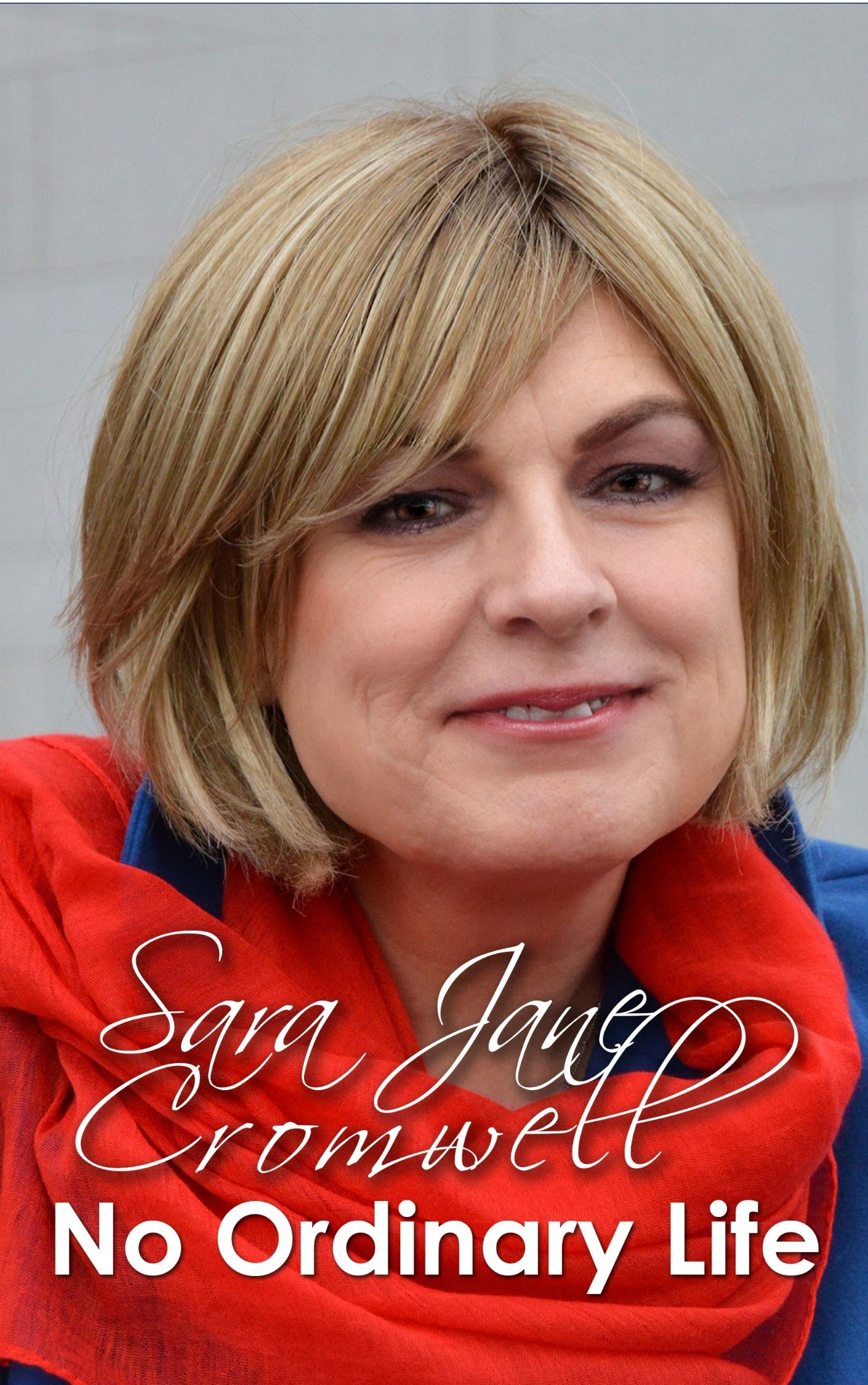 Sara-Jane has published three books about her experience throughout her life. Her most recent book "No Ordinary Life" is launching on the 28th October 2021 and like her other books will be available in all good book shops.
‍

More About The Books 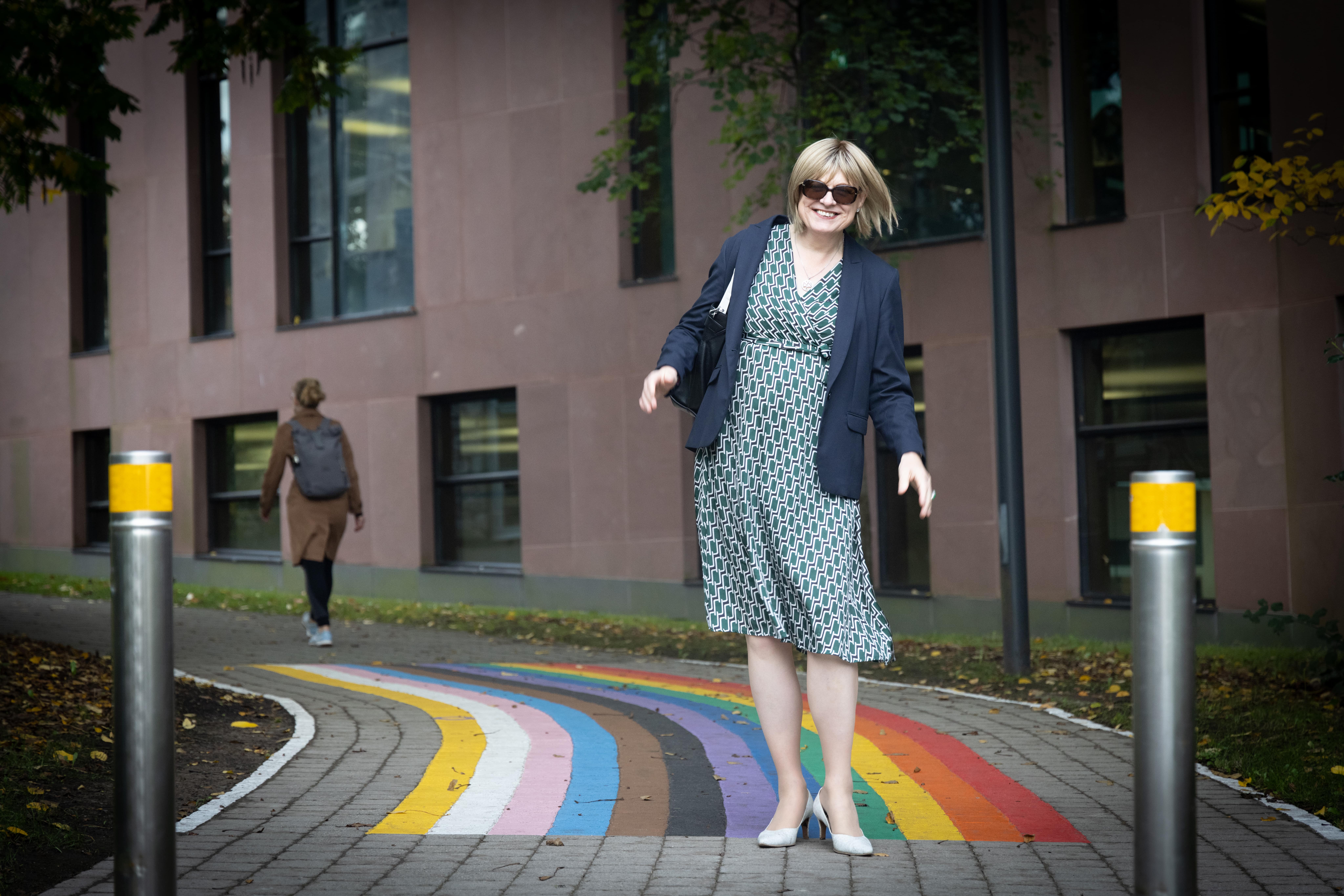 Ireland is changing and Sara Jane wants to help educate & inspire the community on issues such as Gender Identity, Transgender Rights, Gender Dysphoria & Learning to live life to its fullest potential.
‍ 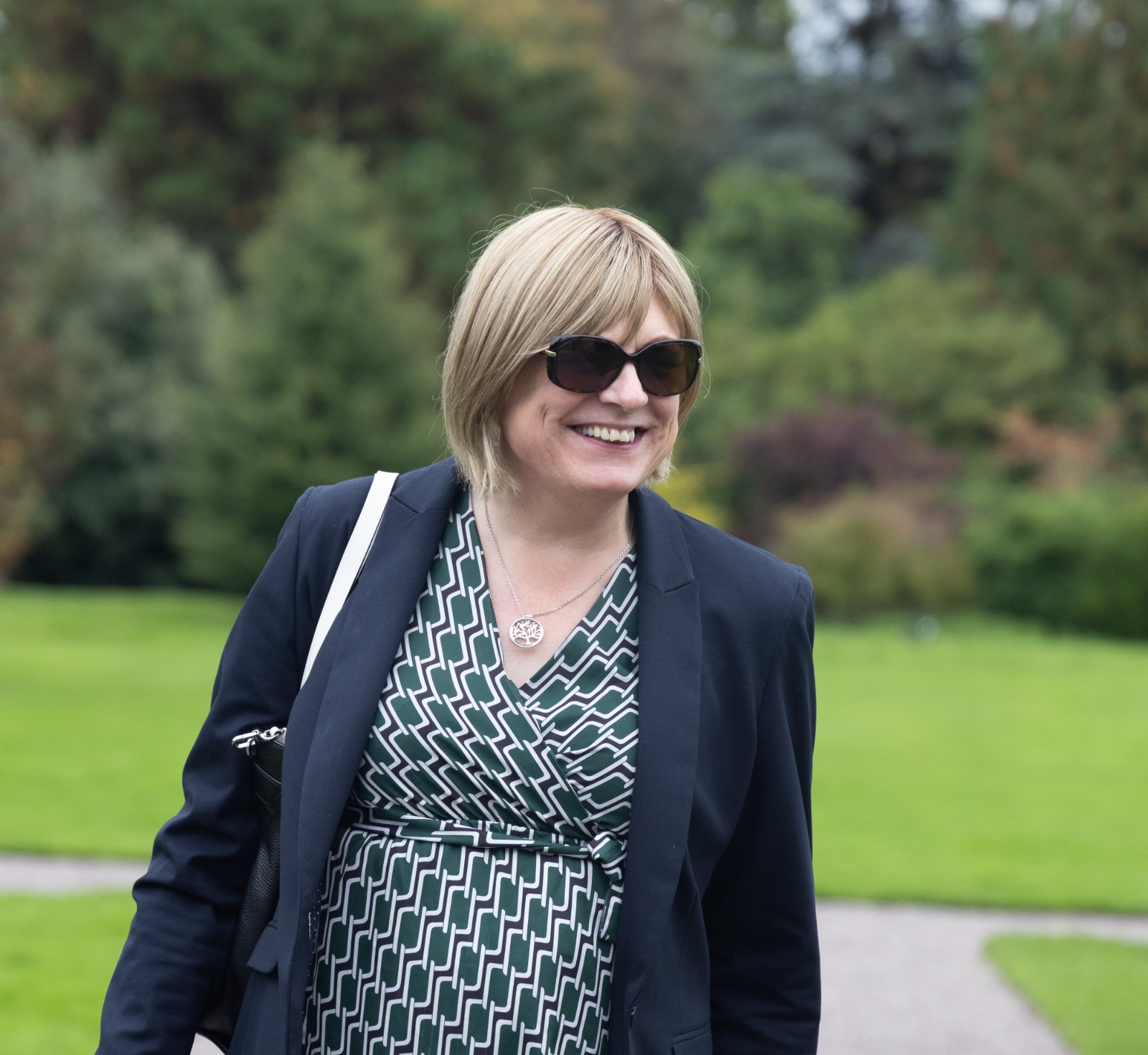 Sara-Jane facilitates and lectures on her own UCC Course, Gender Identity in Ireland: Perceptions & Practice
‍
This is the first course of its kind in Ireland.

"All these bullies have done is afford me the opportunity to demonstrate that I am the better and stronger person, more resolute in my determination to remain true to myself."

Sara- Jane as a Life Coach

Sara-Jane is an expert in Transformational Change and Personal Growth. As a Life coach she seeks always to be a safe place for those facing challenges in their lives and helps them overcome any barriers that may be holding them back and preventing them from moving forward. Together she will work with you to overcome fears, insecurities, and barriers to ultimately transform your life. She has a long and proven track record in helping her clients achieve their goals and achieve real and lasting positive change and personal growth.

Life Coaching provides a safe supportive and non-judgemental space for people wishing to overcome the barriers that hold them back from achieving their goals and dreams.
Life Coaching can help people achieve their purpose in life and through it reach a place of genuine fulfillment and happiness.

Life Coaching is a proven way to help people identify their goals and through a variety of tools and techniques put together strategies and plans for achieving those goals.
Life Coaching can help with issues such as: Career Planning, relationships, setting up a business, moving house or country, conflict resolution, managing financial difficulties, health and wellbeing etc.

What Can Life Coaching Do For You? 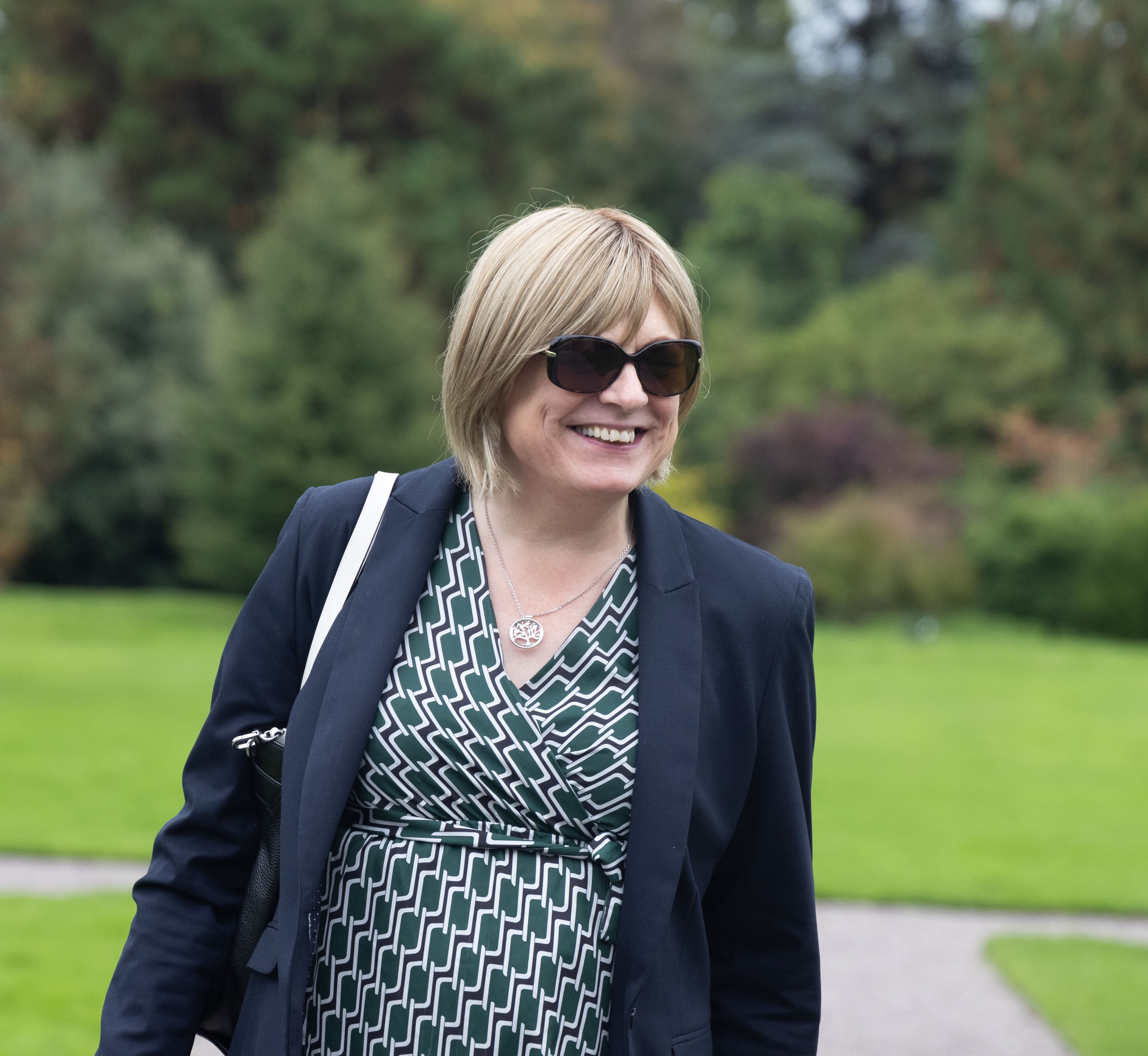 Sara-Jane is available to Speak on Gender Identity both in Ireland & Internationally.

While Ireland and other parts of the World are changing in their attitudes towards gender diversity, there is still overwhelming confusion and division, especially around gender dysphoria and non-binary gender identities. Sara-Jane Cromwell aims to help educate people on these hugely important issues and is she uniquely placed to do so. Sara-Jane speaks about how being assigned the wrong gender at birth is a clinical issue and why it should be kept separate from and not confused with a person’s sexual orientation. In particular, she wants to work with those who may be confused about their gender identity, and those who work with and support them. And she is especially concerned about those who take on this journey without the appropriate supports in place i.e. family support, clinical assessment, counselling. These supports are especially important for the increasing numbers of people presenting with Rapid Onset Gender Dysphoria and those getting caught up in the current trend known as trans-trending.

Sara-Jane has published three books about her life and on the subject of Gender Dysphoria and Gender Identity. Her most recent book "No Ordinary Life" is launching on the 28th  October 2021 and like her other books will be available in all good book shops and online. 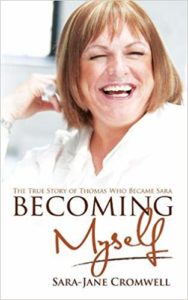 Becoming Myself is Sara-Jane’s first autobiography, published in 2008. It was a national media event including over 40 media appearances. It made it onto the bestsellers list, and her publishers bestseller list for approx. 12 weeks. The book tells the story of her growing up in Dublin in the 1960s to her moving to Cork in 1998, where she received her diagnosis of Gender Dysphoria in 2003; at age 43. It was the first book published in Ireland by a person with Gender Dysphoria. 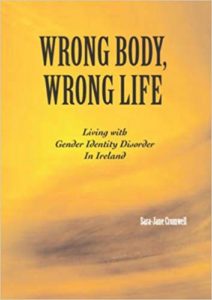 Wrong Body Wrong Life (2010) is the first book of its kind to be published in Ireland. It addresses the subject of Gender Dysphoria (formally Gender Identity Disorder) and describes the living experience of gender dysphoric people in Ireland. It has proven to be a truly ground-breaking book in that it is the first to properly inform readers on the true nature of gender dysphoria, the science behind it. The book helps to breakdown the stereotypes that surround those who transition towards their true gender identity.

Sara-Jane’s second autobiography No Ordinary Life is an update of Becoming Myself (2008) since completing her transition in 2015. It is a story that will make you cry, then laugh, then cry and laugh again. People who have met and read Sara- Jane's story are astounded by the imaginative ways she found to survive, overcome and thrive through the kind of challenges that would have floored many others. And yet, there is not a hint of her feeling like a victim. It is a story about no matter how low and hopeless your circumstances, you will be inspired to get back up & start again.

Sara Jane's Books are published here in Ireland by Choice Publishing and available for purchase on Amazon.co.uk in Hardback or Kindle Format.

It is also in Stock at the Glucksman Store in UCC
www.glucksmanshop.com

Some Photos from the Night 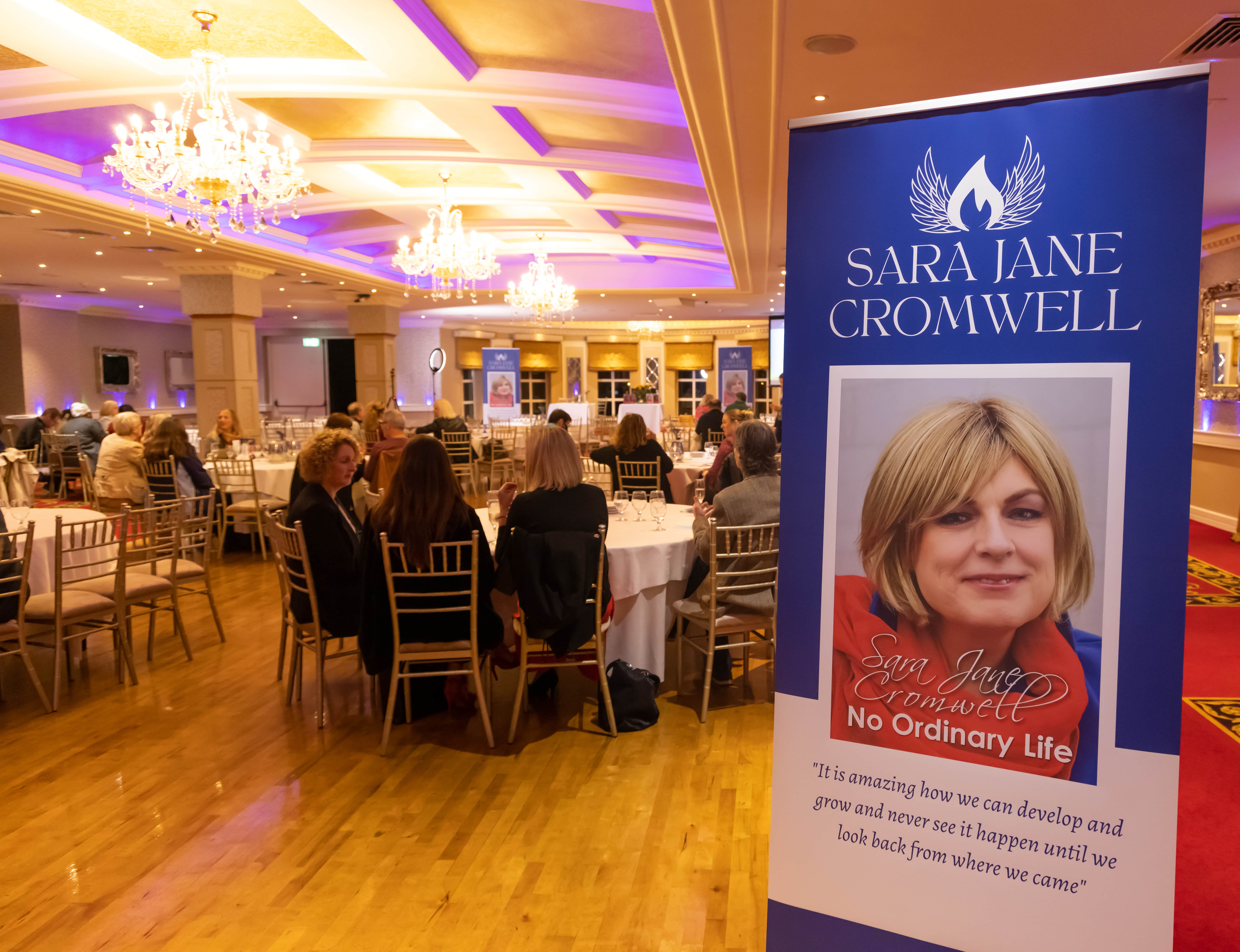 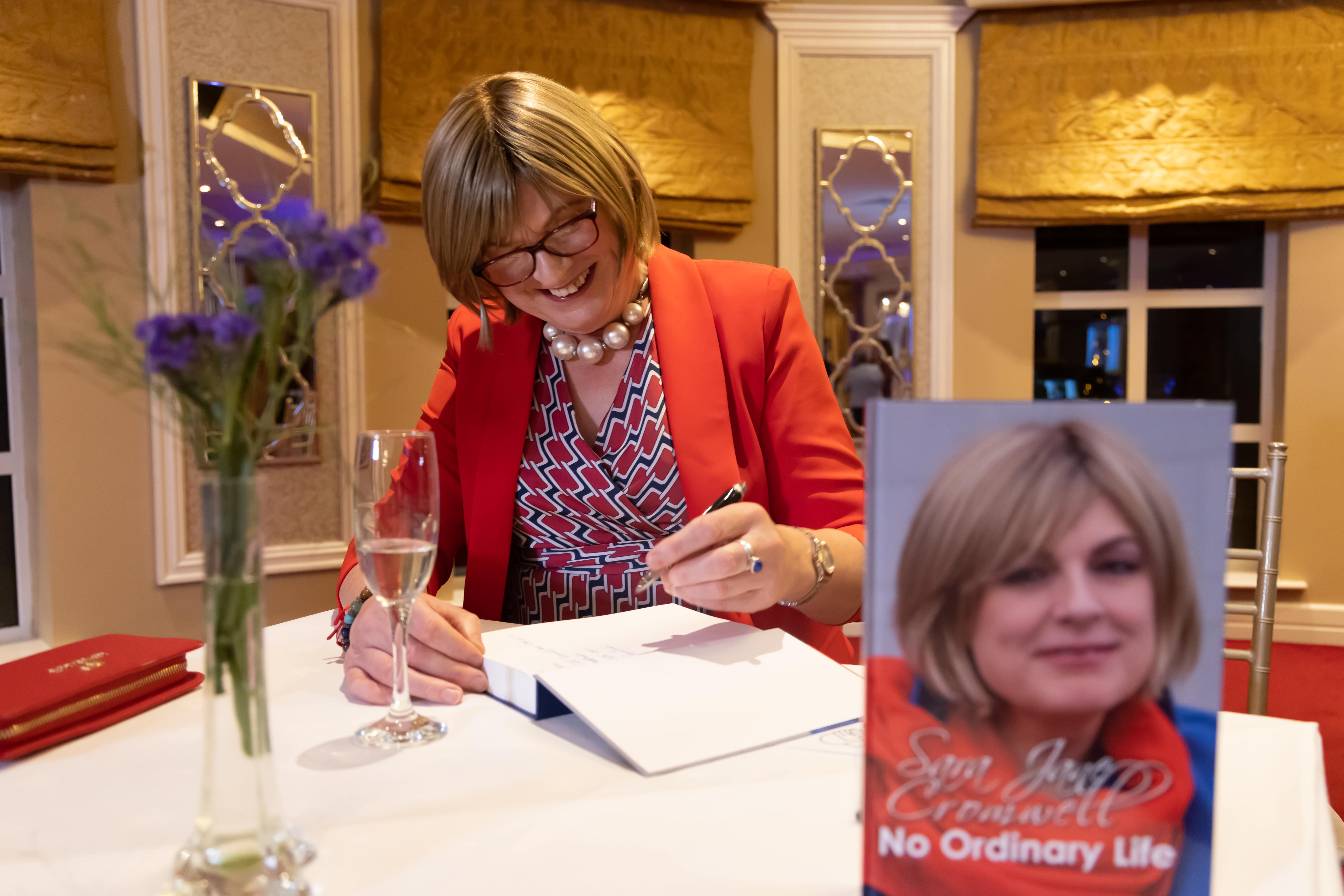 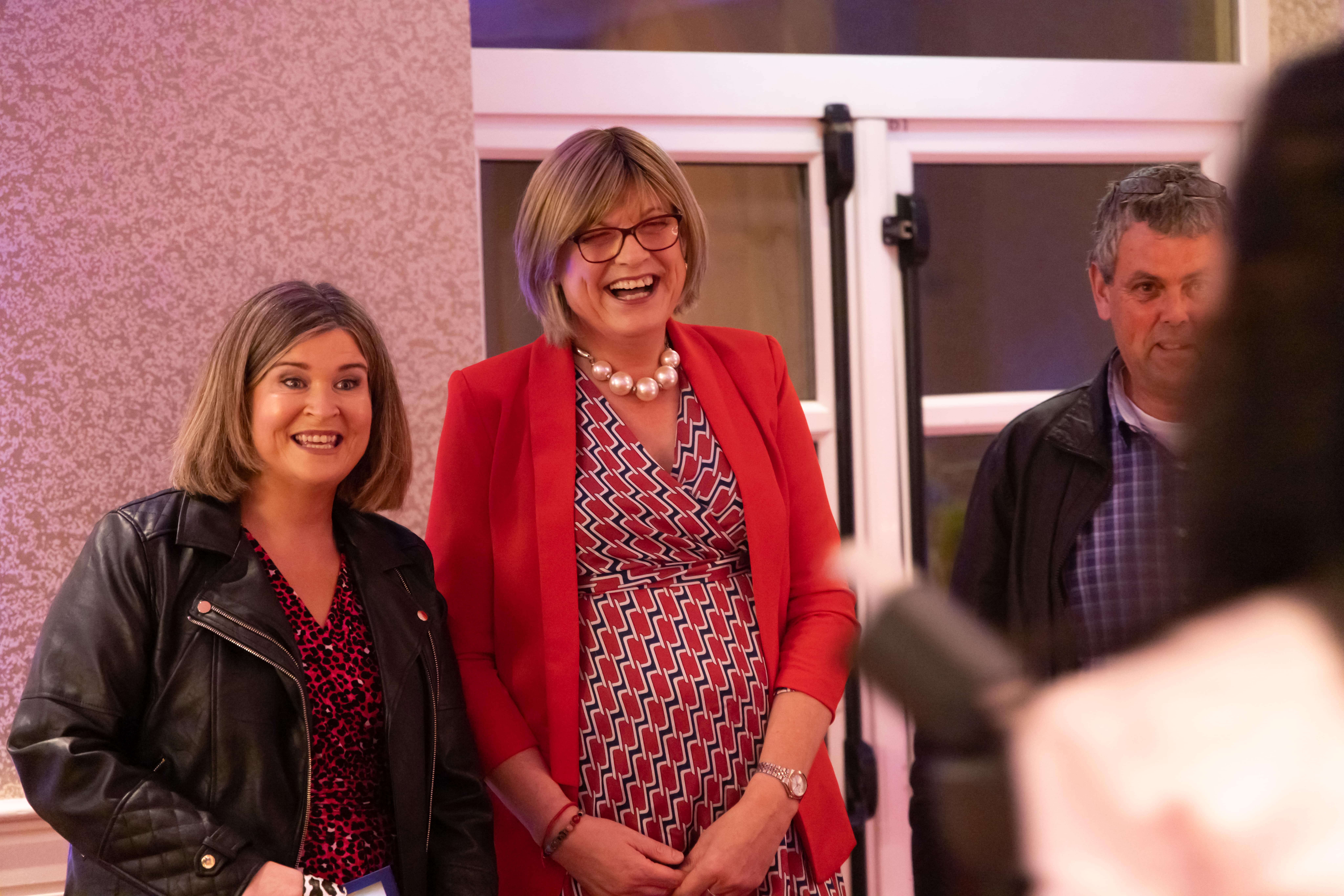 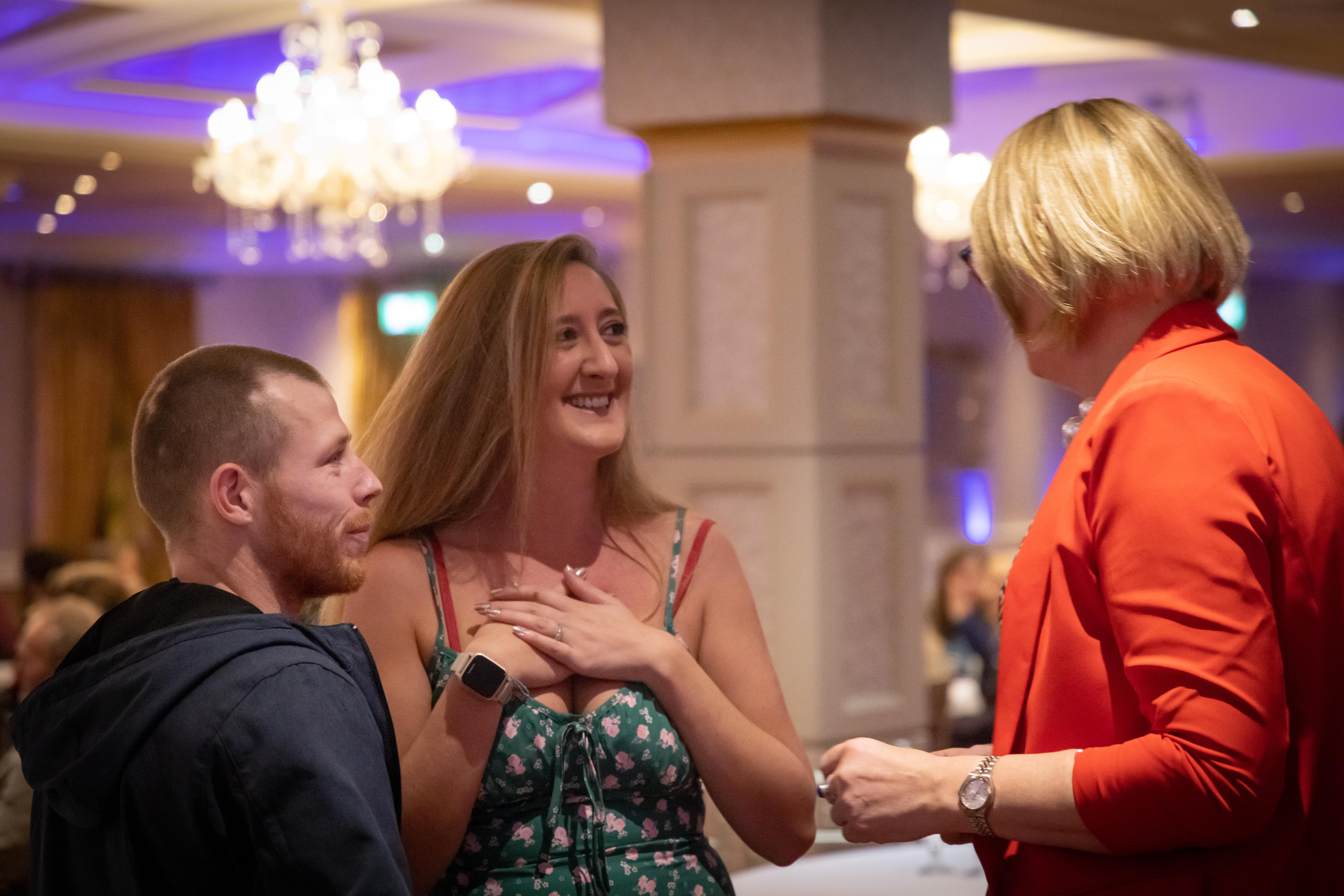 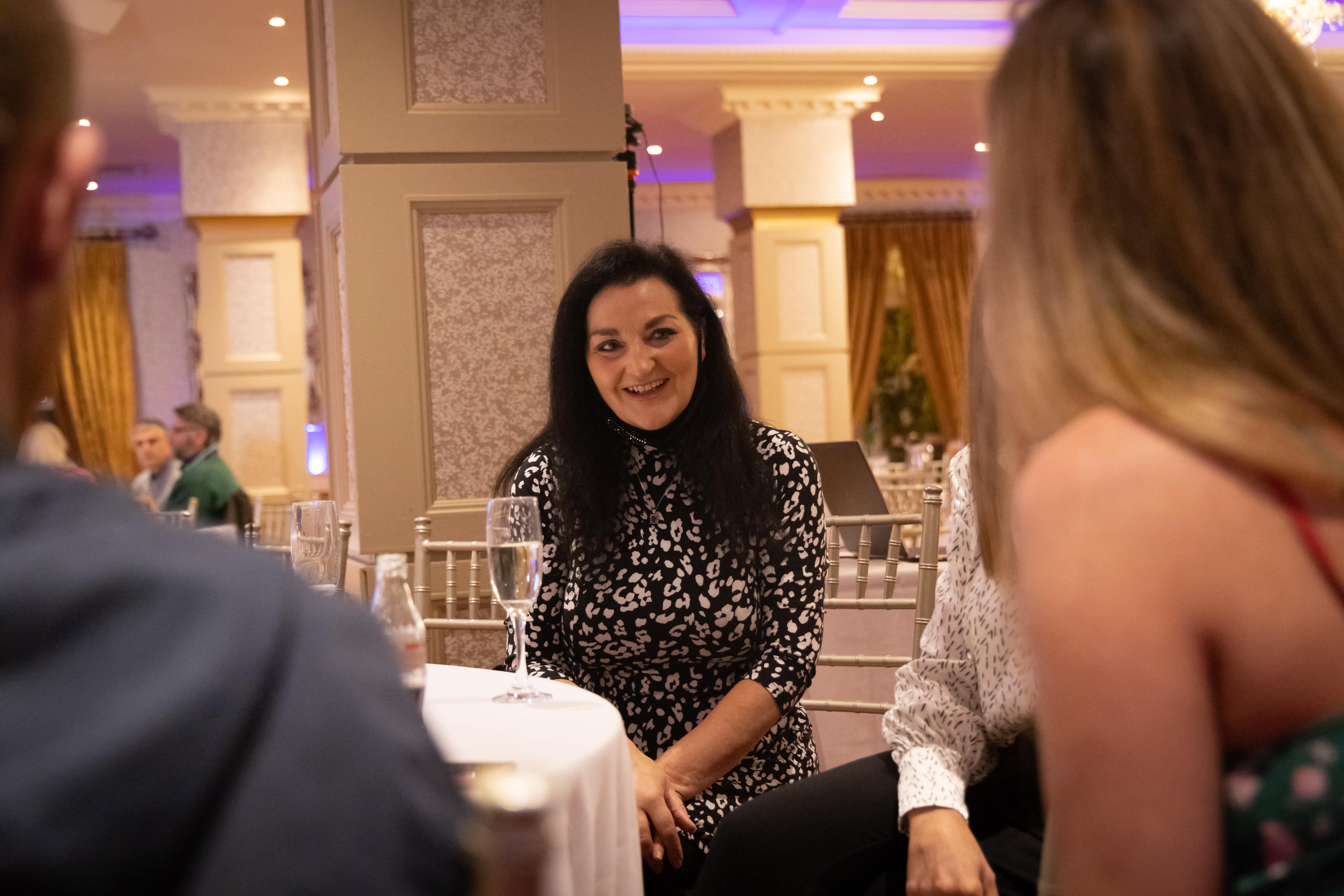 Sara Jane Cromwell was honoured by Cork Civic Life "Pride of Cork Awards 2021" for her contribution in moving Ireland forward in relation to Gender Dysphoria and the challenges she has helped others overcome through her own experience. 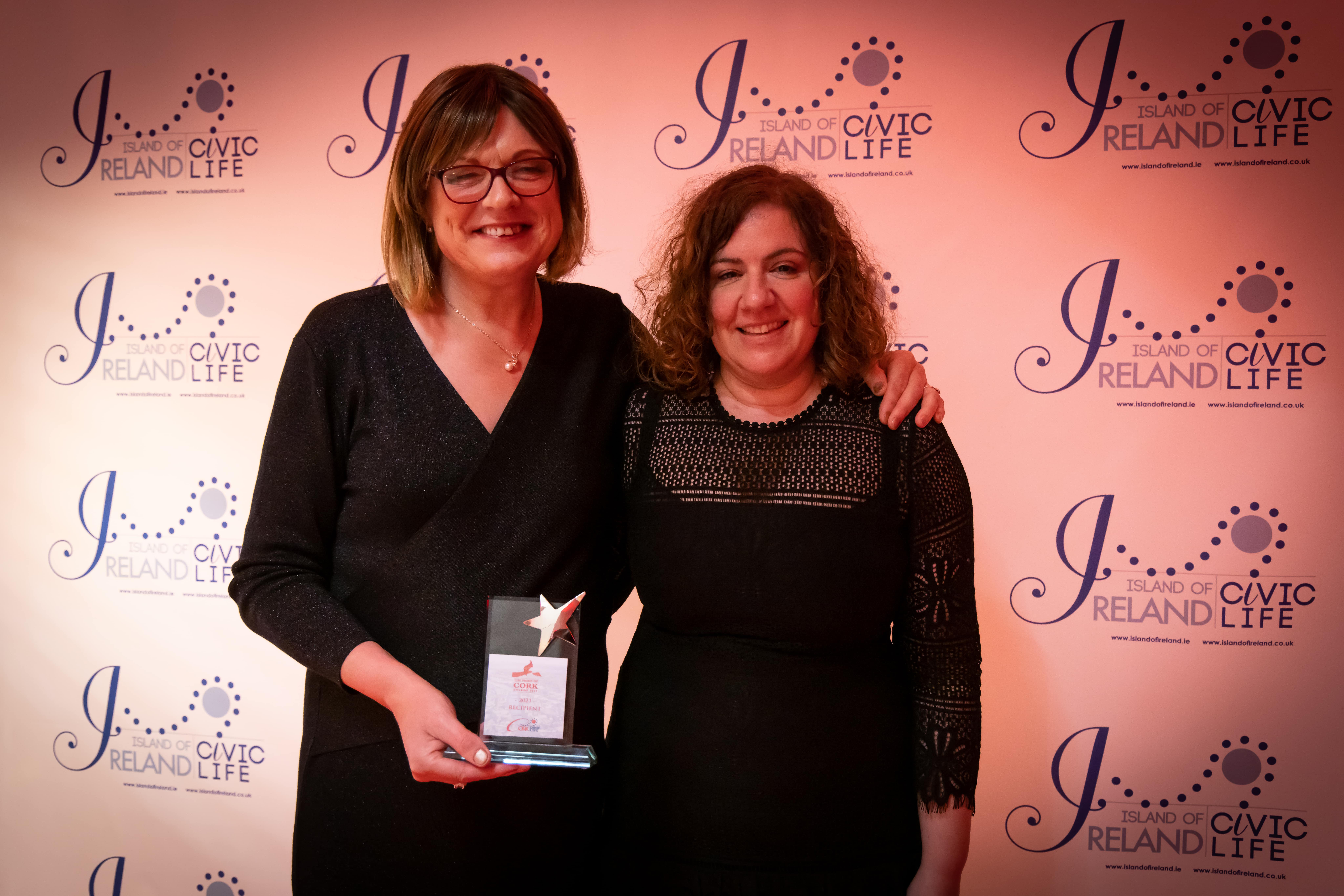 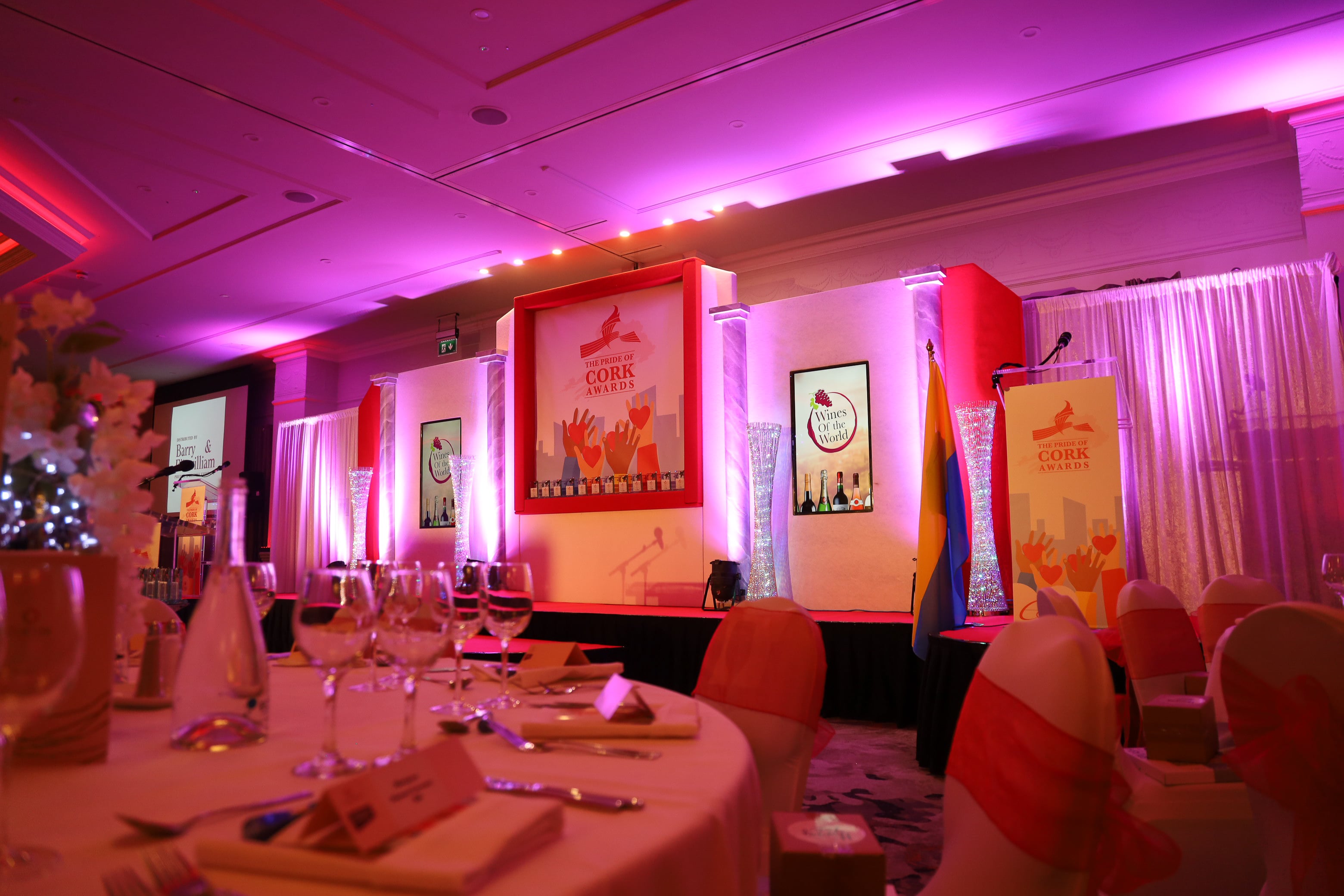 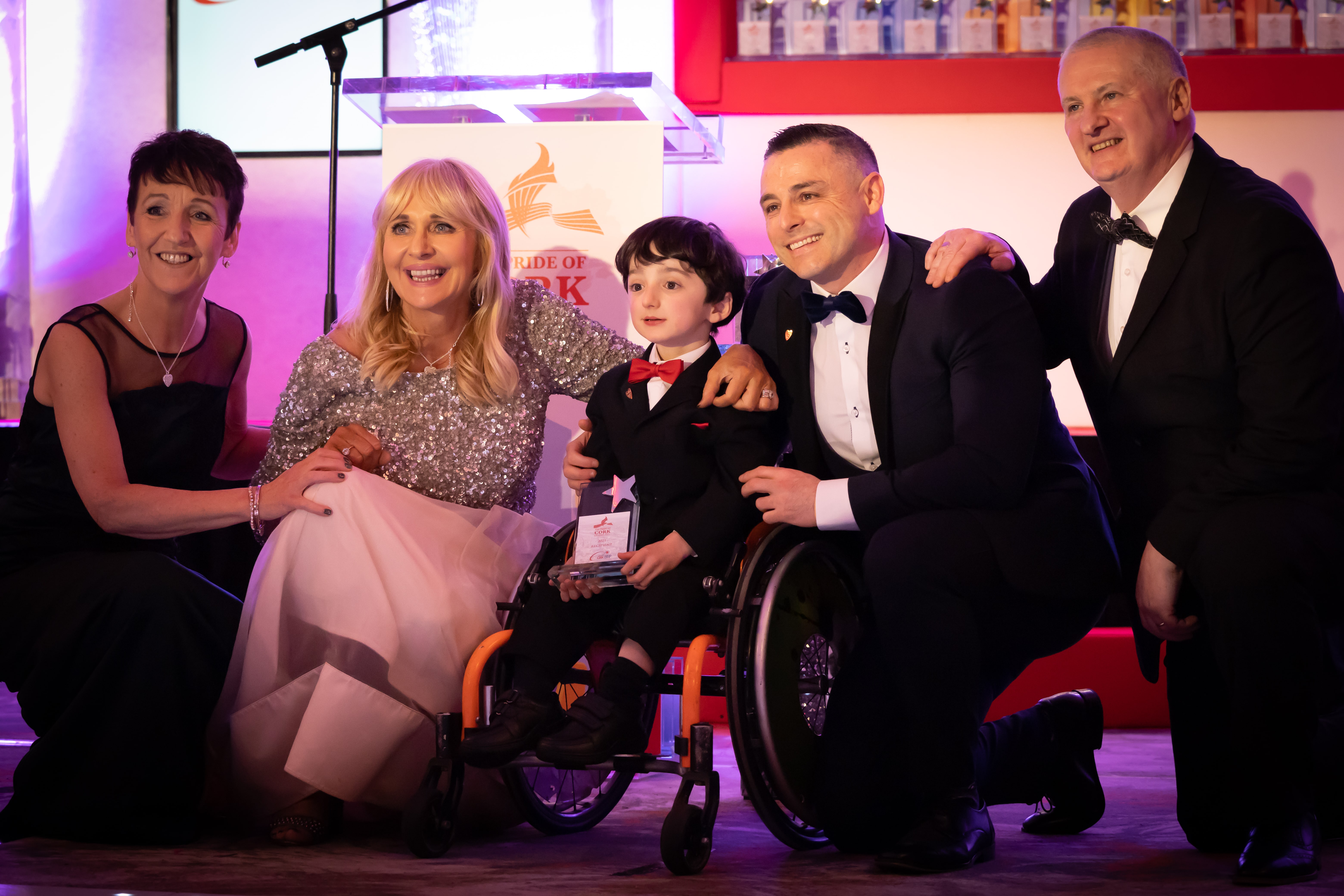 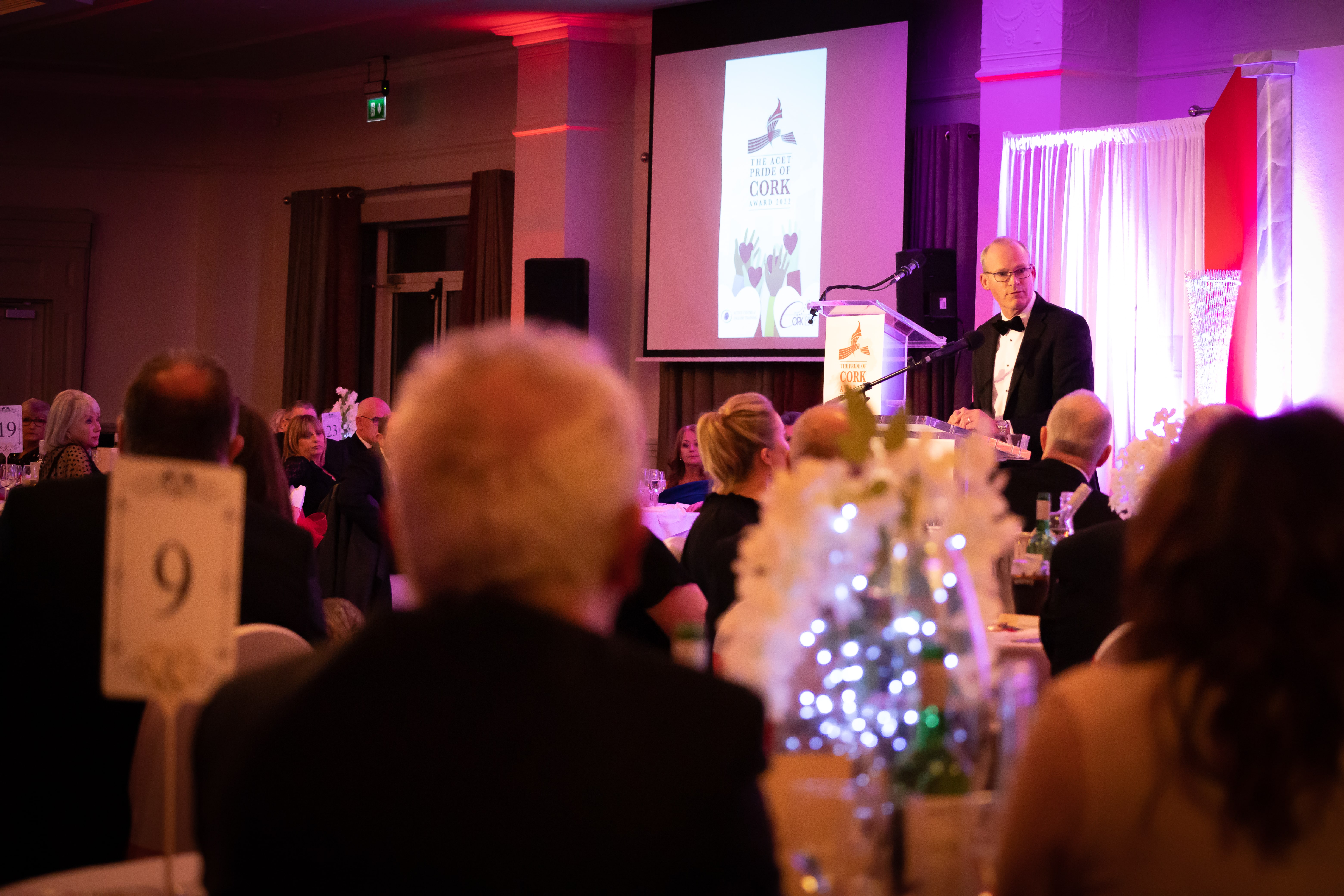 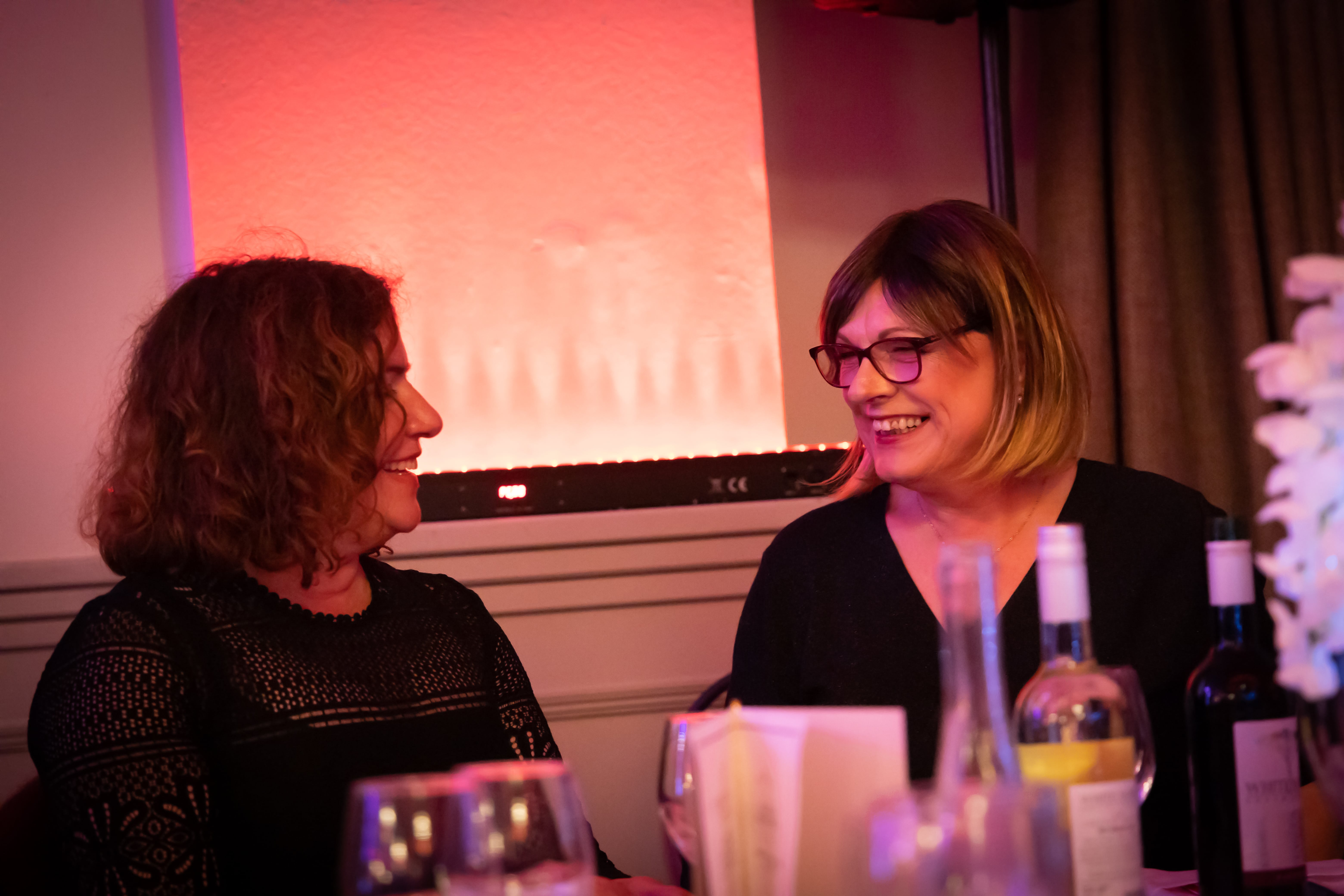 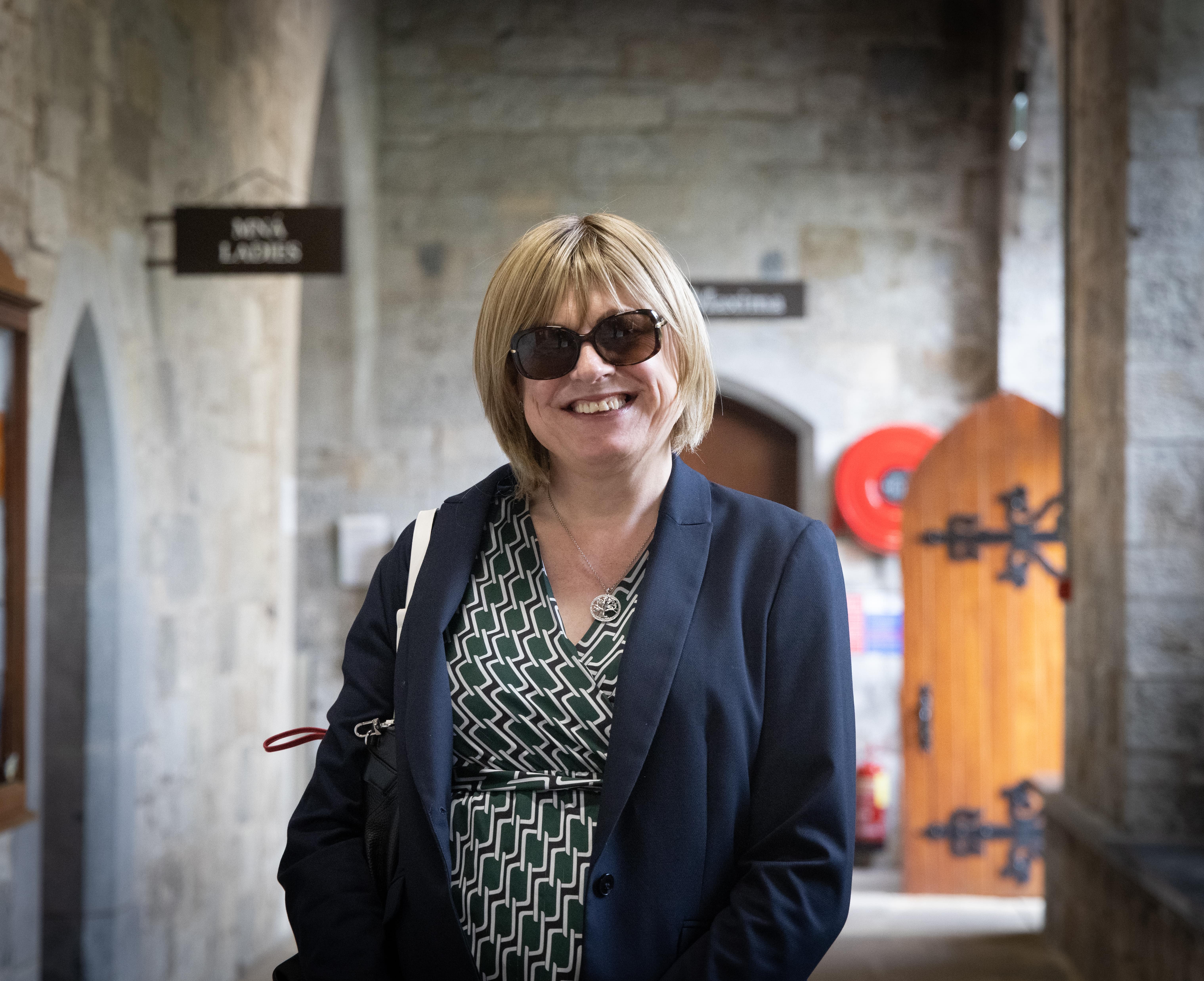 Sara Jane Cromwell's latest Book "No Ordinary Life" will be launched this Thursday 28 October 2021 at the Vienna Woods Hotel. Reservations are by invitation only due to Covid Restrictions. Please feel free to call or email if you have any questions. 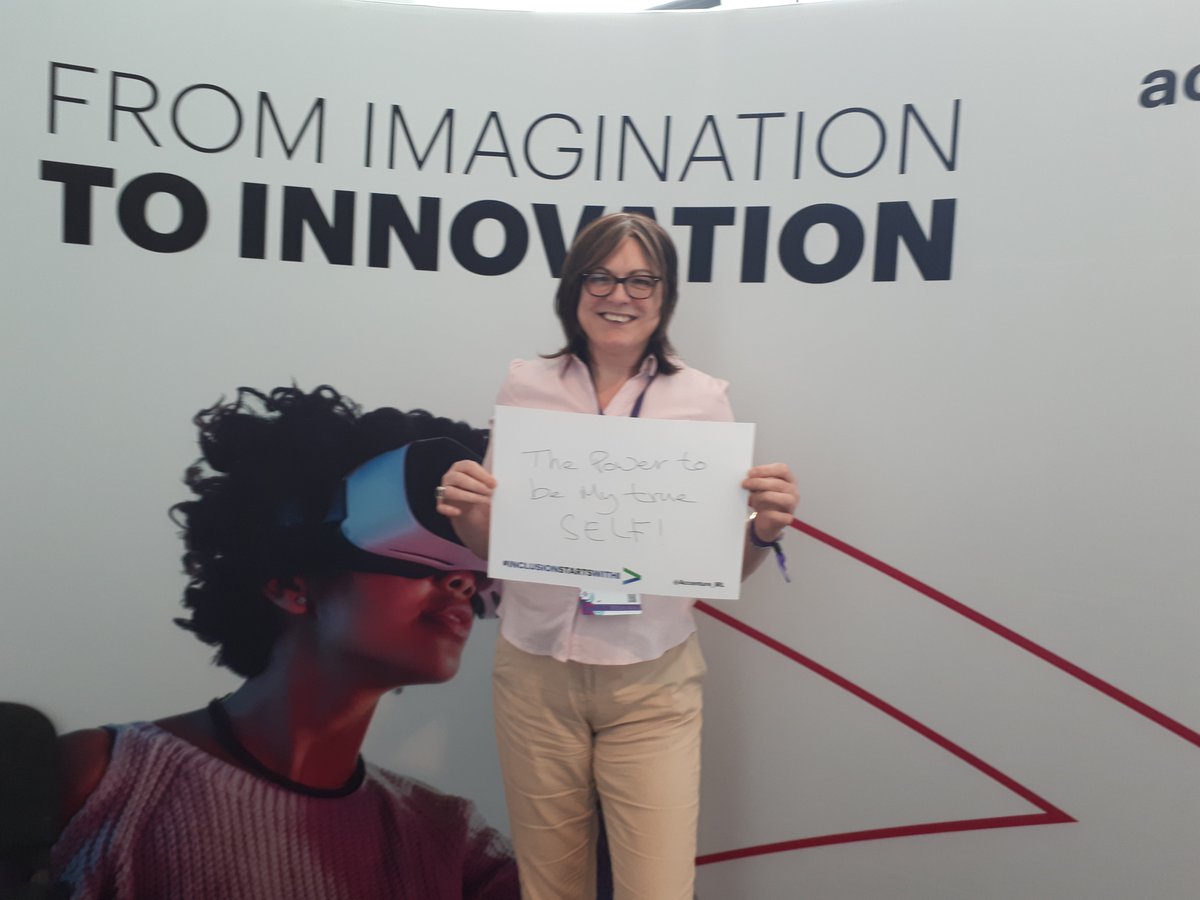 Winning The Battle To Be Herself - Irish Times Article - 2008

Born in the Dublin suburb of Ballyfermot, the early years of her life read like a typical, misery-lit production, a cycle of relentless bullying, humiliation and violence in a classic large, two-parent, Irish Catholic family. But that is only one part of this amazing inspirational story. The rest is a story of overcoming, survival and personal transformation, and raising the consciousness of a country ignorant of what is to be assigned the wrong gender at birth. 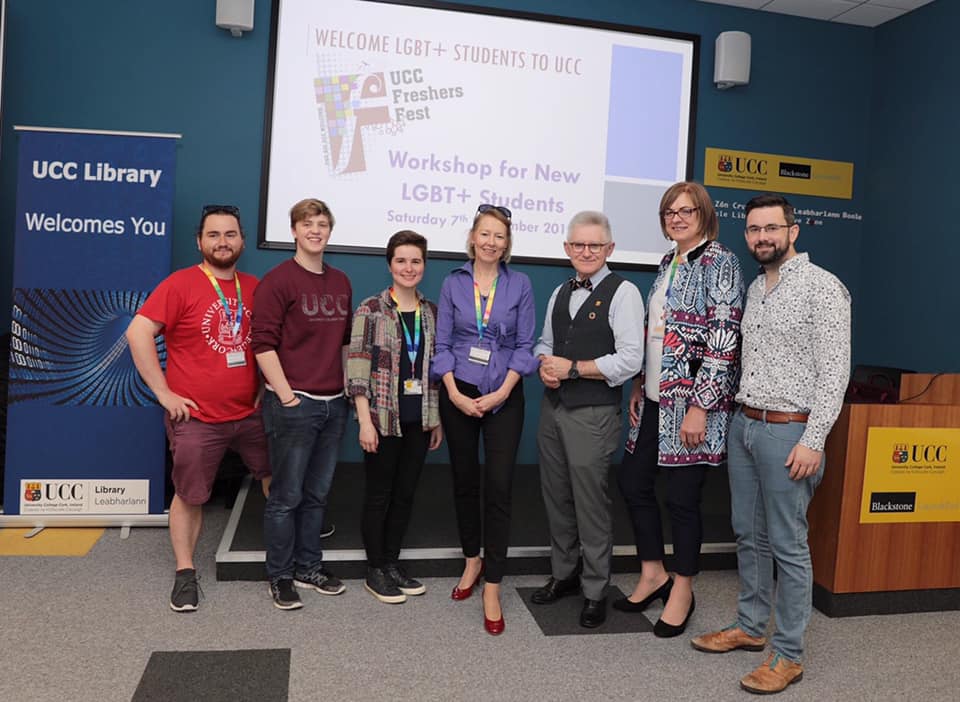 Two workshops for incoming LGBT students, one on coming out as homosexual or bisexual, and one on gender identity, were held at this year’s Fáilte Fest, as part of an ongoing initiative to increase advocacy for LGBT+ students. 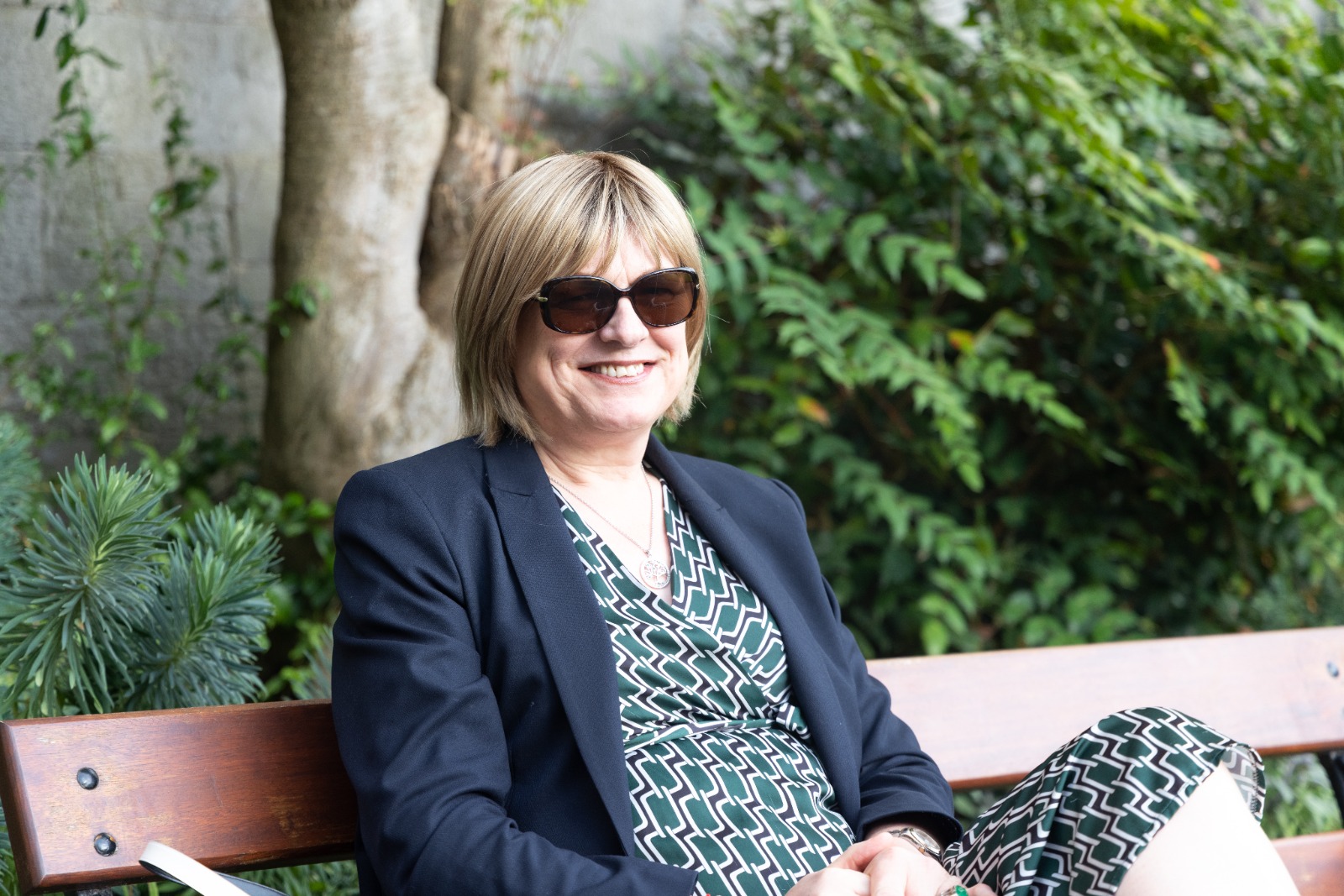 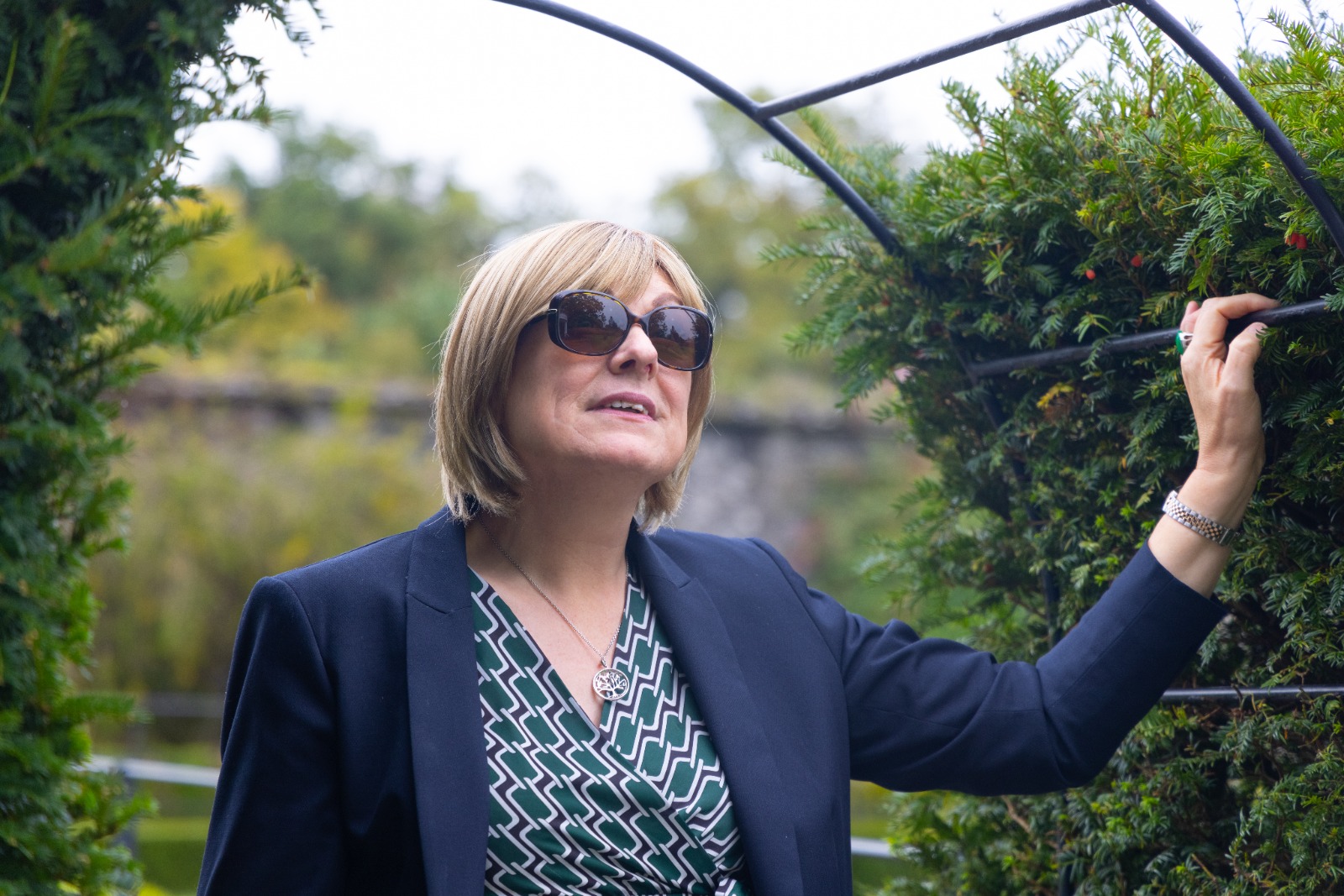